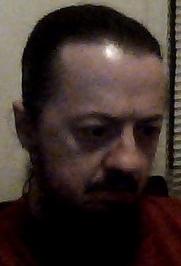 I'm a mathematician by training, but have always been a writer at heart. The first book I wrote, now lost to the sands of time, was a 127-page mystery novel penned at the precocious age of eight.

Dostoevsky, Bradbury, Huxley, Hesse, and Tolkien are some of my favorite authors. Accordingly, I enjoy books that focus on psychological and philosophical ideas, and prefer stories with bleak settings.

A few years ago, I wrote another novel, one that did not suffer the same fate as the book I wrote as a child. In God's Shoes is a book set in Ecuador, where I taught English several years prior. The book, whose content intersects the genres of psychological horror and philosophical fiction, was released August 9, 2016.

On July 23, 2018, I published a new novel, entitled American Flirtations. ​The story takes place, as one might expect given the title, in the United States. It is the story of a man who, for all his academic and business triumphs, feels out of step with the times, and who takes drastic measures to deal with his sense of incongruity.